The Best Museums in Canon City

Cañon City, CO has an immensely rich history. As seen in many towns of the western United States, the history of Cañon City is tied to the geography of the area. 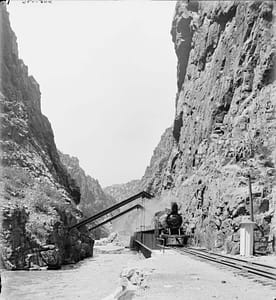 Cañon City is situated in a very unique location – where the mighty Rocky Mountains meet the Great Plains. The town is also nestled along the Arkansas River, which is one of Colorado’s most important watersheds. In such an ideal location, the town has long been a hotbed of human activity. From Native Americans to the early pioneers, the Cañon City area has been a huge draw for hunting, fishing, trapping, mining, and more.

There is perhaps no better way to gain an appreciation for history than by visiting local museums. Not only do museums house important artifacts and educational materials, but they also employ local historians. These experts will help you learn the fine details of any region you visit. All things considered, Cañon City museums offer a surefire way to accentuate your Colorado vacation.

What Sort of History is there in Cañon City, CO?

Canon City is located in an important region of Colorado’s Front Range. The term “Front Range” refers to a 300 mile stretch of the “Southern Rocky Mountains in the west-central United States.” The Canon City area, specifically the Sangre De Cristo Mountains, represent the southernmost region of the Front Range. The region boasts a diversity of ecosystems, from sprawling grasslands to alpine tundra.

One of the most influential factors in the history of Canon City is the Arkansas River. In the early days of the region, the river served as a source of food, water, and travel. Today, the Arkansas River is responsible for much of the tourist activity in the area.

The importance of mining on the history of Colorado cannot be overstated. Since the original settlers, expansion and growth have been almost exclusively tied to the discovery of new mineral deposits. From Durango to Leadville, you can trace the colorful history of Colorado to this rich mining heritage.

While Canon City itself was not a hotbed for mining, mineral discoveries further west directly influenced the growth of the town. Importantly, a railroad was built running through Canon City to transport minerals from Leadville, CO, and other mining towns. The Arkansas River provided the perfect pathway along which to build the railroad.

What are the Best Museums to Visit near Cañon City, CO?

The Canon City, CO area boasts a number of excellent museums that highlight the region’s rich history. From dinosaurs to railroads, you can learn all about the area by visiting the local museums.

The Royal Gorge Dinosaur Experience showcases the history of dinosaurs in the area. As you will see when you visit the museum, dinosaurs were actually the first residents of Colorado! At the dinosaur museum, you can view a real fossil dig, or check out a number of interactive exhibits for the whole family.

The Museum of Colorado Prisons

If you have spent time traveling the rural areas of Colorado, you have probably noticed the prisons in the region. Especially around Canon City, Florence, and Buena Vista, it’s hard not to take notice of the number of prisons. Importantly, these operations have become a vital part of local economies for towns which don’t have much industry.

The Museum of Colorado Prisons is located directly within Canon City. A visit to the museum offers a great break from strenuous outdoor activities, or could even be an option for a rainy afternoon.

At the museum, learn about the 140 years of prison history in Colorado. The Museum of Colorado Prisons features exhibits with artifacts from the 1800s and beyond. It even houses the belongings of famous Colorado criminals like the cannibal Alfred Packer.

The Royal Gorge Regional Museum & History Center highlights the very best of Canon City. In the Royal Gorge, the Arkansas River cuts a deep canyon into the bedrock, with walls 1,000 ft. in height. These extremely unique natural features have drawn people to the Canon City area for thousands of years. From ancient hunters to modern whitewater rafters, the Royal Gorge has seen it all.

Noteworthy exhibits in the museum include “Fossils of Fremont County” and “Fremont County in the Great War.” The museum also features astonishing taxidermy of local animals including bighorn sheep, elk, and bison.

The town of Florence, CO is located just east of Canon City. With closer proximity to the Great Plains, Florence boasts a complex and colorful pioneer history. Visit the Florence Pioneer Museum to learn how people built some of the earliest towns in Colorado.

From the Ute Indians to silver mining, the Salida Museum highlights the unique history of the Arkansas River Valley. The town of Salida, CO is located to the west of Canon City. With massive mountain peaks and challenging whitewater, Salida is an outdoor lover’s dream.

The town of St. Elmo is a must for travelers in the Canon City area that have a thirst for history. St. Elmo is one of Colorado’s most intact ghost towns – offering a real-life glimpse into the lives of the region’s original settlers.

Located outside the town of Nathrop, St. Elmo is also part of the Arkansas River watershed. The ghost town has a number of restored buildings, including a post office and several homes. During the summer months, St. Elmo has a quaint gift shop that sells snacks and refreshments, as well as antiques from the Salida, CO area.

Visiting St. Elmo is a unique experience and offers the perfect complement to local museums. Become an expert on Colorado history by visiting some of the region’s most important places.

Not only does Royal Gorge cabins offer a unique and comfortable place to stay, but we are experts on local activities. Contact Us today to learn about the unique history of Cañon City, CO. 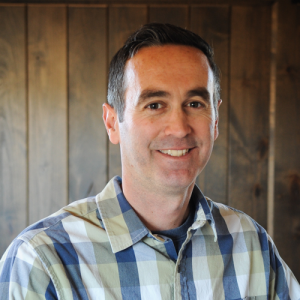 Ben Sack is the General Manager of Echo Canyon River Expeditions and Royal Gorge Cabins. He's also a raft guide, photographer, and he loves exploring Colorado and beyond with his wife and two boys.

Hand-crafted by the Design Rangers